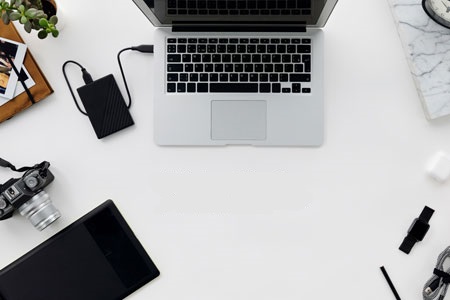 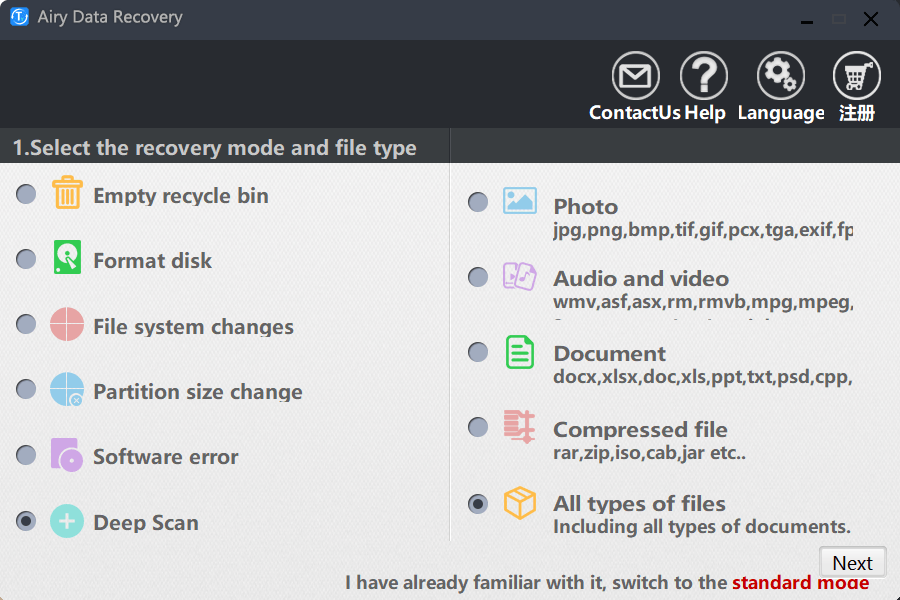 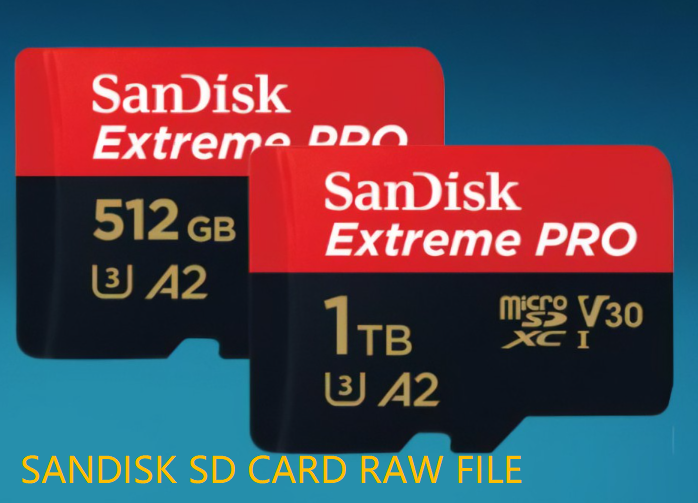 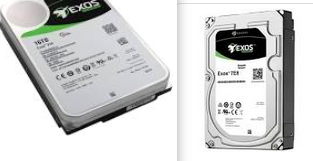 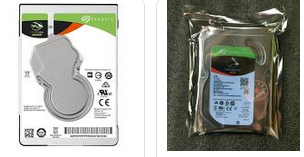 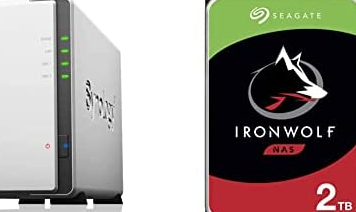 Today I was looking for something in my computer F disk, suddenly crashed, and then restart the system, and then double-click F disk prompted "your disk has not been formatted, now whether to format", right-click will also have been waiting, simply can not enter, there is a lot of important information, and do not want to format, so reinstall the system once to test, did not expect the problem Still, I do not know how to be good, but I hope that which you know, please point out, thank you!
LT no one knows suggest search keywords can certainly solve the problem
I did not find

So I would like to ask for advice here

Case: Double-click the drive to prompt for formatting

The reason is unknown to me, but I thought of a way to have a method please refer to.

I don't know why, but I have a solution for you: use GHOST to back up your F drive to another partition, then use GHOST file browser to open it, extract the files, and format the F drive. I hope to find the F disk under GHOST, I believe it can be found.
It is estimated that the disk list is damaged because of a sudden power failure, even suggest finding a disk repair tool to deal with, or use the data repair software to repair the data
F disk occupancy size can also be seen
Thank you for the 2 people upstairs

Reason for disk has not been formatted

The system does not recognize the hard disk routine processing methods

The system can not boot from the hard disk, from the A disk boot can not enter the C disk, using the CMOS automatic monitoring function can not find the existence of the hard disk. This failure mostly occurs in the connection cable or IDE port, the hard drive itself is unlikely to fail, can be replaced by re-plugging the hard drive cable or changing the IDE port and cable, etc. test, you will soon find where the fault lies. If the newly connected hard disk is also not accepted, a common reason is the master-slave jumper on the hard disk, if an IDE hard disk line connected to two hard disk devices, we must distinguish the master-slave relationship.

CMOS caused by the failure

CMOS in the correct type of hard disk or not directly affect the normal use of hard disk. Now the machine supports the "IDE Auto Detect" function, which automatically detects the type of hard disk. When the hard disk type is wrong, sometimes simply can not boot the system, and sometimes can boot, but will occur read and write errors. For example, if the hard drive type in CMOS is smaller than the actual hard drive capacity, the sectors behind the hard drive will not be able to read and write, and if it is a multi-partition state, individual partitions will be lost. There is also an important reason for failure, because the current IDE support logical parameter type, the hard disk can be "Normal, LBA, Large", etc. If the data is installed in the general mode, and changed to other modes in the CMOS, the hard disk will occur read and write error failure, because the mapping relationship has changed, it will not be able to read the original correct hard disk location.

Partition table errors are serious errors on hard disks, and different levels of errors can cause different damage. In case there is no active partition flag, the computer will not boot up. However, it can read and write to the hard disk after booting the system from a floppy or optical drive, which can be repaired by resetting the active partition with FDISK.

The recovery tool can be a tool like NU, which is very easy to use. Of course, DEBUG can also be used, but it is tedious and has some risks.

There is also an important part of the hard disk master boot sector, that is, its last two bytes: "55aa", this byte is the valid flag for the sector. When booting from a hard drive, floppy or CD-ROM, these two bytes will be detected and if present the hard drive is considered to exist, otherwise the hard drive will not be recognized. This can be used here for the whole hard disk encryption technology and can be recovered using the DEBUG method. In addition, when the DOS boot sector has no boot flag, the system will boot up as: "Mmissing Operating System". A convenient method is to use the following common repair method for DOS systems.

The DOS boot system mainly consists of the DOS boot sector and the DOS system files. The system files mainly include IO.SYS, MSDOS.SYS, COMMAND.COM, where COMMAND.COM is a DOS shell file that can be replaced by other similar files, but by default it is a necessary file for DOS boot. In the DOS system carried by Windows 95, MSDOS.SYS is a text file, which is necessary to start Windows, but it can be used when starting DOS only. The boot sector and system files can be automatically repaired to the normal state.

FAT table caused by the read and write failure

The FAT table records the storage addresses of hard disk data, and each file has a set of FAT chains that specify the cluster address where it is stored. Fortunately, the DOS system itself provides two FAT tables, so if the one currently in use is corrupted, the second one can be overwritten and repaired. However, since the length of the FAT table and the address of the second FAT table are not fixed for different sizes of disks, it is necessary to find the correct location when repairing. This operation can also be achieved by using DEBUG, i.e. by using its m command to move the second FAT table to the first table. If the second FAT table is also damaged, the hard disk can not be restored to its original state, but the file data is still stored in the data area of the hard disk, you can use CHKDSK or SCANDISK command to repair, and finally get *.CHK file, which is the sector data of the lost FAT chain. If it is a text file then the complete or partial file content can be extracted from it.

In the high version of DOS, FORMAT formatting operations are created by default to recover formatted disk information, which actually copies all the contents of the disk's DOS boot sector, FAT partition table and directory table to the last few sectors of the disk (because the latter sectors are rarely used), while the contents of the data area are not changed at all. This can be recovered by running the UNFORMAT command. In addition DOS also provides a MIROR command for recording information about the current disk for use in recovery after formatting or deletion, and this method is also more effective.
It is estimated that the crash caused hard disk data corruption. The next software repair to see.
Disk list information is lost Next repair tool
Use DISKGEN to repair the partition table, in addition to the method on the 3rd floor can also be a try.
It should be the data corruption caused by the crash next hard drive repair tool try
Maybe the hard disk has a bad channel, there is a relevant software to check it.
Find a hard drive repair software, repair, if there is no important things directly grid it
Use PM to repair errors, try

Later in the dos copy to another disk and then formatted

Use pq8.05 to try ah into DOS to see if there is no information under the F disk, if there is, there should be saved, it should be a partition table problem, you can also download a data recovery software directly recovered on it, but the recovery of files do not point to the F disk Oh, or important files are not retrieved, then your files will be dropped
It is best to make a backup and then repair, more sure!

Solution Double-click on the disk drive to prompt

Solution 2. Use WINDOWS tools to repair

1 double-click [My Computer] → select the problem disk (this article to F: disk as an example) → right-click [Properties]: 2.

4. In case of [OS disk letter] repair then you need to reboot before starting.

How to recover file from drive not format

As for the use of software to recover files, I have not tried much, because I have always believed that mobile hard disk is an unreliable medium, the probability of damage is too great, so it has not been used as a backup medium.

Step 1. Connect the not open disk

To recover data from external storage devices, you need to connect the device to your computer. My Data Recovery software will detect all external and internal hard drives/devices (such as SD cards). If the data is on your smartphone or digital camera, take it out and connect it to the computer with a card reader.

Step 2. Scan the not open disk

Under "Devices and Drives", you can easily find the SD card you just connected. Click the Scan button.
Then, start the scanning process. The results of "deleted files" will be displayed soon.

Step 3. recover the not open disk

After the scan is finished, you can use the filter function to view only the picture files in the scan result by selecting "Pictures". Select the desired photos and click the Recover button

FAQ : double-click disk and it prompts me to format

Q: What should I do if I double-click on a removable drive and it prompts me to format it?

A : When I open the disk, it prompts to format and there are a lot of important things in it that I can't format. I've searched the internet for a lot of ways to do this, but none of them have been resolved. I don't know how to use the partition table doctor software, others say to repair the boot, but click on "repair the boot" prompt is something important to me inside, any solutions? Thanks guys!

Don't mess with it. I'd like to go outside and find an expert to repair the flash drive and hard drive, there may be a chance of salvation!

Q: Mechanical hard disk double click F disk prompt disk is not formatted how to do it

A : A mechanical hard drive cannot open a disk that has not been formatted because the internal structure of the file system of this F drive is damaged. To recover the data inside, you must pay attention to the fact that this disk cannot be formatted, otherwise the data will be further damaged

Q: The solution to the disk becoming raw and double-clicking on it to prompt that it needs to be formatted
A : Its practice is very simple, the actual boot partition is a problem, repair it, use the command line to knock a command, ten seconds to recover, try to do a little, my problem solved.

Q:  Double-click on the hard drive partition does not open prompting formatting

A :A partition that won't open prompting to format means that the partition is damaged and needs to be formatted to fix the problem. If the data in this partition is not important, just format it, after formatting the partition can be used normally

Q:  How do I fix a partition that won't open when I double-click on it and prompts to format?
A : One is the well-known computer virus.
The second is that the disk partition table is damaged (unknown cause), this cause may be due to inadvertently forced to shut down the computer

External hard drive can not be opened need to format, 3 ways solve the problem

[Fixed]D drive not open, prompt D partition is not formatted, how to recover the data